Arrival Managers (AMANs) support air traffic controllers in the planning of arrival times. These systems calculate the estimated time of arrival and the optimal landing sequence of approaching aircraft.

Based on this data air traffic controllers are able to adjust the aircraft speed earlier on during the flight which enables aircraft to join the chain of aircraft without detours or holdings. The earlier these adjustments are made inflight, the smaller the adjustment speed or route, and the smaller the difference in fuel consumption. Both SESAR and FABEC are currently looking at expanding the AMAN horizon to increase the efficiency of approach processes.

The earlier the predictions are made on arrival times, the higher the chance of errors in predictions. These errors are caused by uncertainties in the calculations. For example, uncertainties could be: 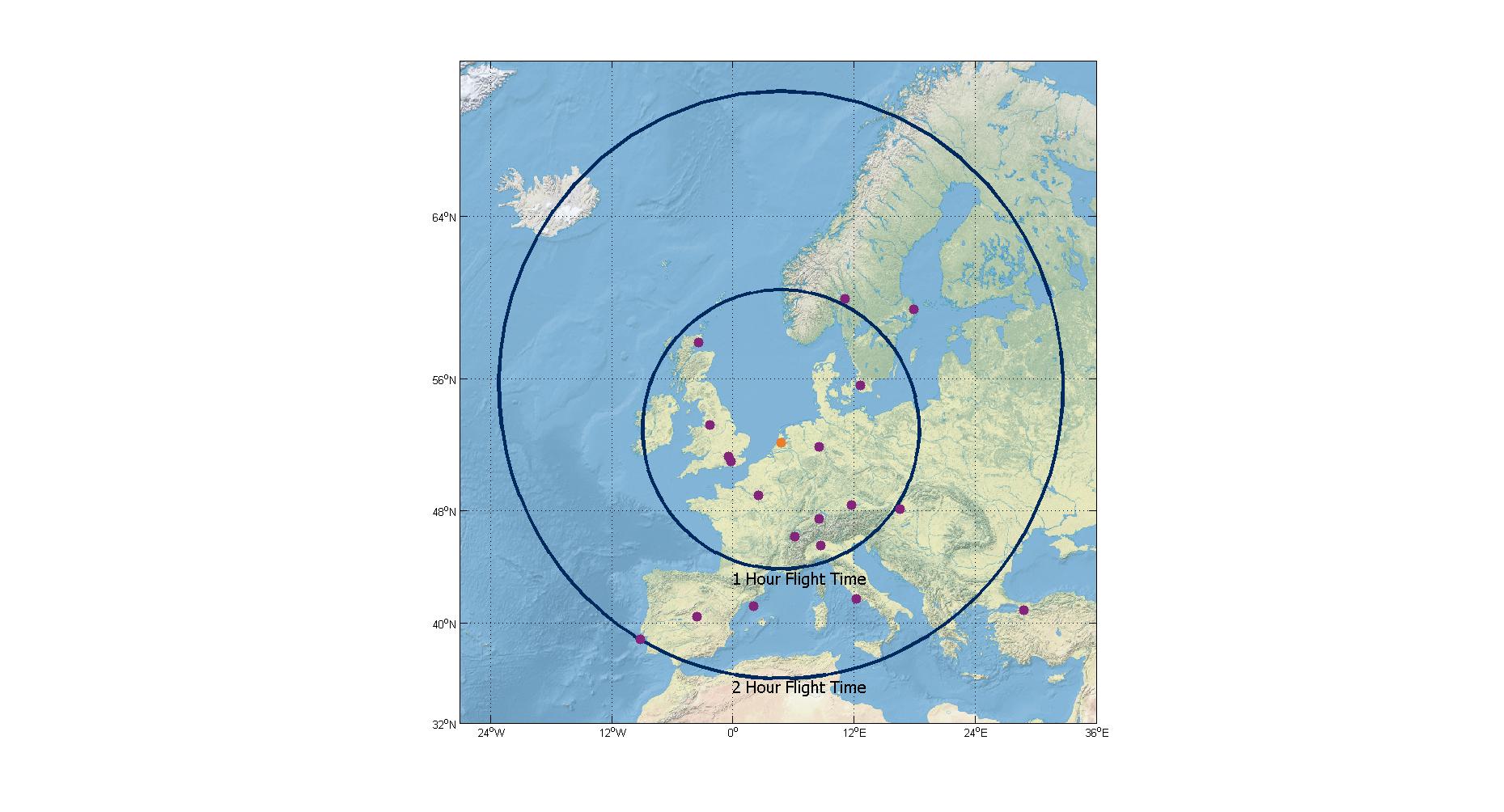 Several projects aim to improve the accuracy of the estimated arrival time through better algorithms and better communication between airlines, airports and air traffic controllers. However, some influencing factors cannot be taken away completely, such as de-icing or boarding processes, which are highly dependent on the situation or person.

Automation has now made it possible to determine the uncertainty in the prediction (examples include the Eurocontrol PHARE project in the late ‘90s and, more recently, the iFACTS system in England). TU Delft researches in collaboration with LVNL and NLR new views which also provide information about the degree of uncertainty in the calculation. With this information, the planner-controller can be supported in taking decisions. Efficiency can thus be improved by taking decisions early – if the situation permits, but they can also be postponed if the situation remains uncertain. Presenting information about uncertainties of arrival times may be a solution to increase the planning horizon of the arrival manager without risking subsequent corrective actions.

In addition to developing the new interface, the AMAN project provides research support to the ongoing AMAN development project within LVNL. Thus, current operational information can be used in the study and the research contributes directly to operational deployment.