Our selection of top projects that made it to implementation!

The KDC foundation was established 15 years ago, on March 30, 2006 as an initiative of the Ministry of Infrastructure and Water Management. At the request of the Ministry, LVNL, Royal Schiphol Group and KLM started a collaboration to jointly develop innovative solutions for aviation in the Netherlands and in particular for the Mainport Schiphol. The Ministry of Infrastructure and Water Management has been a consistent supporter of the KDC collaboration throughout the years!

Since 2006 more than eighty innovative subjects were developed and made ready for industrialization. By doing so we developed know-how and created insight. In the world of innovation not every idea makes it to implementation, and in the case of KDC, about one third of the subjects do. As KDC we view this implementation ratio as a reflection of the type of research we do: a balanced mix of truly innovative studies and development of near-term solutions.

We want to thank all our partners that have joined us in our effort to innovate air traffic management in the Netherlands: KNMI, MeteoGroup, NLR, To70, MovingDot, Ferway, Adecs Airinfra, Delft University of Technology and the Amsterdam University of Applied Sciences.

Here are the most eye-catching subjects that make it, and made it, to implementation:

What are the benefits of smaller separation on final approach?

With the help of the NLR and To70 respectively, we delivered value case studies for RECAT-EU and TBS in 2016. The implementation of RECAT – TBS is now “full-steam ahead” as LVNL made these innovations top priority with delivery scheduled for 2021.

How can we help controllers to detect that an aircraft is aborting its landing?

This unique innovation was developed and implemented in less than three years! GARDS shows how fast system innovation can go, when the solution is well developed and the business case is there. The NLR performed a solid feasibility study based on radar data, to show that timely and reliable go-around detection is possible. LVNL took the results of the KDC study straight into its development and implementation portfolio.

Is it possible to provide controllers with more accurate tools to manage arriving traffic?

This turned out to be a very challenging question, and we put much effort in this development, for many years. And we can say: Yes, it is possible to build a superior arrival manager! After many supporting studies LVNL implemented the new arrival manager in November 2018, with a significant upgrade expected in 2021. Many of our partners were involved in the arrival management development which has laid the ground work for a more sustainable aviation.

Is it possible to predict airport capacity up to 30 hours in advance?

It turned out it was possible! In close collaboration with To70 we developed a runway and capacity predictor which was implemented on an experimental basis by KLM. The predictor was named Airport Forecasting Service (AFOS) and is still in use. LVNL incorporated the AFOS experience in the development of the DST, the capacity management Decision Support Tool, which is scheduled for implementation in 2021.

How can we make controllers aware of the actions taken in the cockpit?

With the help of NLR and MovingDot, KDC provided very significant support to answer this question, and to implement the solution! KDC evaluated data quality of aircraft derived data facilitated the selection of useful parameters. Also, KDC supported the development of procedures . In 2012, “Downlink of Airborne Parameters” was implemented at Amsterdam Radar and just a year later at Schiphol Approach!

How can we develop a more reliable and accurate low visibility forecast?

In 2006, KDC and KNMI initiated a study to answer this question. The project focussed on improvements that could be developed and implemented quickly. With success. Less than two years later, in 2008, the new forecasting system was implemented at KNMI, taking into account pattern recognition.

How can we reduce aircraft noise in Hoofddorp and Nieuw-Vennep?

KDC partner KLM decided to exploit FMS capabilities of their new 737 aircraft to reduce noise. This KLM initiative led to a pilot project supported by KDC. KDC, in close co-operation with To70, provided environmental effect analyses to support decision making processes following the trial. Based on KDC data, Fixed Radius Turn procedures were implemented in 2008 on the SPY departure route of runway 24.

Can we use aircraft as weather stations?

We can, it turned out! KNMI, Boeing and KDC developed improved meteo models to support aircraft trajectory calculation. Existing KNMI weather models were updated by downlinking data from aircraft, using aircraft as weather stations. This development had an important spin-off: improving airline efficiency. By 2010, the  Meteoserver development was completed and included in LVNL’s arrival management development.

Yes, MeteoGroup demonstrated that a model, developed on the basis of an experimental wing test-bed at the airport, was able to accurately predict the advent and required amount of de-icing activities, prior to the day of operation. The de-icing planner has been in operational use at KLM since 2014.

Is it possible to reduce both inspection flights and runway measurements of ILS signals? 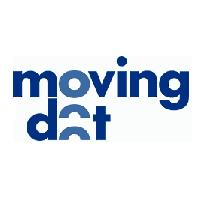 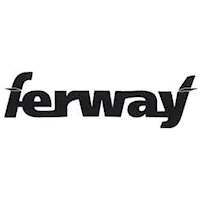